On April 24, the US Food and Drug Administration (US-FDA) issued a notice saying that hydroxychloroquine and chloroquine are undergoing clinical trials, and it has not been proven that these drugs can safely and effectively treat new coronary pneumonia.

Although clinical trials are underway to determine the safety and effectiveness of these drugs for COVID-19, the known side effects of these drugs should be considered.
FDA encourages healthcare professionals to carefully screen and monitor each patient’s decision to help mitigate these risks.

The FDA stated that medical personnel must be aware that these drugs may cause serious and potentially life-threatening heart rhythm problems.

In particular, the published medical literature and the National Toxic Data System of the American Association of Poison Control Centers involve serious heart-related adverse events and deaths in COVID-19 patients using hydroxychloroquine and chloroquine alone or in combination with the antibiotic azithromycin or other drugs.

Adverse Side Effects of  Hydroxychloroquine

These adverse events include abnormal heart rhythms, such as prolonged QT intervals, dangerous tachycardia (called ventricular tachycardia and ventricular fibrillation), and in some cases death.

Earlier, Trump tweeted on March 21 that the combination of hydroxychloroquine and azithromycin can treat new coronary pneumonia, and said this treatment has become "one of the biggest disruptive achievements in medical history."

On April 13th, Trump emphasized the possible clinical effect of hydroxychloroquine in a White House press release.
The Associated Press once quoted US government officials as saying that Trump highly recommended hydroxychloroquine because he wanted to give the American people "hope." 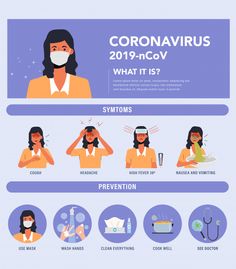 According to Global News, the famous American vaccine expert Brett refused to use billions of dollars allocated by Congress for drugs lacking scientific value because he resisted the widespread use of hydroxychloroquine, and politics with the Trump administration’s leadership Conflict, and was recently fired.

Hydroxychloroquine has been approved for clinical trials

The Swiss Novartis company confirmed on April 20 that the company's hydroxychloroquine has been approved for clinical trials in the United States, and plans to recruit 440 new crown patients in more than 10 locations in the United States to strive to release the test results as soon as possible.

Hydroxychloroquine increases the mortality in the COVID-19 Treatment

Trump corrects himself that he is not a doctor.
Hydroxychloroquine is a 4-aminoquinoline derivative antimalarial drug. Its action and mechanism are similar to chloroquine, but its toxicity is only half of that of chloroquine.

Side Effects of Hydroxychloroquine on coronavirus patients

According to the report released by the FDA this time, patients with new coronary pneumonia will have serious side effects when using hydroxychloroquine.

FDA Commissioner Stephen Hahn stated that medical staff are seeking every possible treatment option for patients, and we want to ensure that they are provided with the appropriate information needed to make the best medical decisions.

However, just as the FDA announced the news, a survey report by the US Veterans Health Administration came to a similar conclusion.

It is understood that the data of 368 hospitalized patients with new coronary pneumonia (all male, median age 65 years and over, mostly black) from March 9 to April 11, 2020 by the US Veterans Health Administration was reviewed Found during analysis.

The report showed that under standard conditions of care, the group of patients receiving hydroxychloroquine had the largest number of deaths, with a case fatality rate of 27.8%.

What is the Mortality Rate of Hydroxychloroquine combined with Azithromycin?

Although research scholars admit that the research results have certain limitations in terms of patient enrollment, gender and age. But they also emphasized that hydroxychloroquine should be used with caution in hospitalized patients with new coronary pneumonia, especially not in combination with azithromycin.

The introduction of this research result also caused a 180 ° turn in Trump's attitude.
According to information reported by Phoenix.com, the President of Honduras just spoke with Trump, saying that the effect of hydroxychloroquine is very good.
Trump said he was not a doctor. Trump believes that maybe it helps, if it helps, that's great. If it doesn't help, don't use it.

Hydroxychloroquine does have clinical side effects

The efficacy of new coronary pneumonia is still inconclusive.

As early as March 2020, in the absence of any research evidence, Trump said on the social platform, "Hydroxychloroquine and azithromycin together will be a special drug to save patients and reverse the epidemic.

Subsequently, some well-known American media people, even the US Food and Drug Administration, began to respond to Trump's call to promote hydroxychloroquine.
According to the CCTV news client, the US Fox News conducted more than 300 publicity campaigns on hydroxychloroquine in two weeks.

After Trump repeatedly recommended hydroxychloroquine, Novartis also responded and reached an agreement with the FDA to conduct a phase III clinical trial of hydroxychloroquine treatment in patients with new coronary pneumonia.

According to Novartis’ plan, this is a phase III clinical trial involving approximately 440 patients and will be conducted in dozens of research centers in the United States.

If the drug proves to be beneficial for the treatment of new coronary pneumonia, Novartis will donate up to 130 million doses of hydroxychloroquine through Sandoz to support global clinical treatment.

Hydroxychloroquine not yet fully tested in new coronavirus patients

Up to now, a number of clinical tests have been carried out at home and abroad to apply hydroxychloroquine as a single drug or in combination with antibiotics to treat new coronavirus.

The latest and larger sample of research results released by the French team of Laourte on April 10 showed that the mortality rate of patients who received a combination of hydroxychloroquine and azithromycin for at least 3 days in the Masai Mediterranean Infectious Disease Hospital, The mortality rate of patients in all public hospitals in the Marseille region of France is significantly reduced.

On March 31, the results of the research team of the People’s Hospital of Wuhan University showed that 31 patients received standard treatment and received an additional 5 days of oral hydroxychloroquine treatment.
The clinical recovery time and the cough relief time were both Significantly shorter than patients who received only standard treatment.

However, the above two research teams have stated that patients with new coronary pneumonia will have clinical side effects when taking hydroxychloroquine treatment.

In fact, hydroxychloroquine has been used for clinical treatment of malaria and rheumatoid arthritis since the date of approval.