Over the past few days, Pompeo, known as the enemy of mankind, has been "poisoning", and continues to spread rumours that the new coronavirus originated from the Virus Research Institute without evidence.

The investigation report prepared by the United States was also shared with the "Five Eyes Alliance." Western media continued to follow the hype, and conspiracy theories were intensifying.

On May 4, at the WHO's regular outbreak of epidemic situation, WHO emergency project technical director Mary once again responded to the source of the new coronavirus, confirming that the virus was not made by humans.

Ryan, who is in charge of the WHO emergency project, said that he did not receive relevant evidence from the US that the virus came from the Virus Research Institute, and accused the comments of being speculative.

Did Coronavirus Originate from Bats?

Mary said on the same day that coronavirus generally originated from bats, and there are currently 15,000 complete viral gene sequences proving that the new coronavirus is not manufactured by human laboratories.

WHO is tracing the virus, and the next step will be to work with FAO and the World Animal Organization to find the intermediate host animal for the new coronavirus in order to avoid future transmission from animals to humans.

Evidence of the origin of the new coronavirus

It is reported that at the press conference held on the same day, some media asked the US government that it had amassed evidence of the origin of the new coronavirus and whether it had shared the evidence with WHO.

Ryan responded that all comments received by WHO indicate that the virus is from nature, and scientists from various countries are communicating and cooperating, and there is no opaque situation.

"The tracing of the origin of the new coronavirus should be centered on science, rather than conducting an" aggressive "investigation of negligence."

Ryan said that WHO would like to see scientists form the core of virus tracing, and find the answer to the origin of the virus in a scientific way.

Even if this answer may be politically interpreted, science-based virus tracing will benefit all mankind.

Obviously, Ryan pointed directly to Pompeio's rumors on the day, pointing out that the United States did not provide WHO with evidence that the new coronavirus originated from the Virus Research Institute, and accordingly considered these statements to be speculative.

In fact, people did not believe on Pompeo’s claim on the source of the new crown virus.

A few days ago, the American ABC host asked Pompeo to show the evidence that the new coronavirus originated in the laboratory.

"I have read the report of the intelligence department and there is no reason to think that it is wrong." 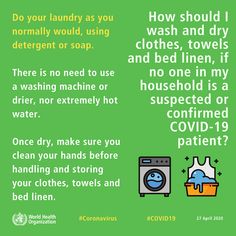 He Then he said, Where does the evidence come from?

I have no right to tell you about it." Does the "evidence" really come from American intelligence agencies? Not at all. On April 30, the Office of the National Intelligence Director of the United States rarely published a scientific consensus claiming that the new coronavirus is non-manufactured nor genetically modified.

On May 4, the Sydney Morning Herald revealed the source of Pompeo's "evidence".

According to senior Australian intelligence officials, the "evidence" in a research document from the "Five Eyes Alliance" is similar to the rumors and public news reports seen by the outside world.

According to the New York Times, the US government is putting pressure on the intelligence community to support the claim that the virus originated from the Virus Research Institute.

But now even the American intelligence community dare not talk nonsense, fearing that these unreliable speculations will be used for political purposes, and no one is willing to bear the consequences.

In other words, Pompeo, the US "foreign minister", worked with Trump to achieve the purpose of dumping the pot by concocting rumors.

The US government even wants to send a team of experts into other countries to conduct virus investigations. This scene is actually similar to the “washing and washing” of chemical weapons in Iraq planned by the US Central Intelligence Agency, which is very bad in nature. Now that the WHO has spoken out and asked Pompeo to come up with "evidence", it is also equivalent to publicly slapping the US government. The White House is estimated to be silent.

It is worth noting that while the United States dumped the pan and accused other countries, it didn't even understand the "zeroth patient" in its own country.

In California, there have been confirmed cases after death on February 6, which proves that the US epidemic may occur as early as December last year.

The results of viral gene research also show that most of the virus strains transmitted by the United States are more "old".

French experts also said that the virus that caused the outbreak in the country is as close to the original strain as the United States, and it comes from an unknown source of local transmission. That is to say, as long as the United States dares to conduct in-depth investigations in its own country, the country of origin of the new coronary pneumonia epidemic may appear, which can also explain why the United States has become the most serious country in the world.