Can Chloroquine and Hydroxychloroquine Treat COVID-19?

Since the anti-malarial drugs chloroquine and hydroxychloroquine entered the big stage of "new coronary pneumonia, old medicine and new use", the storm has been constant.
Sweden, France and many other countries discontinued (hydroxy) chloroquine treatment of COVID-19 patients.

The former leader of the FDA condemned the emergency use authorization (EUA) of anti-malarial drugs, which he believes undermines the scientific authority of the FDA.

The official website of the US Centers for Disease Control and Prevention (CDC) has published a medication guide titled "Clinicians' Information on Treatment Options for Patients with New Coronary Pneumonia".
This includes the key doses of the drugs chloroquine and hydroxychloroquine for COVID-19 Information. But this remains published 3 days only.
CDC deleted this guide from the official website.

And Rick Bright, director of the US Agency for Advanced Research and Development in Biomedicine (BARDA), was forced to leave because he resisted funding for the promotion of unproven anti-malarial drugs for COVID-19.

In terms of clinical research, earlier this month, researchers in Brazil stopped some studies of hydroxychloroquine because some patients experienced heart rhythm problems after undergoing tests with two higher doses of drugs.

Conducted by the US Veterans Health Administration Medical Center After the study, it was found that the experimental group of "receiving hydroxychloroquine treatment" new coronary pneumonia "has a higher mortality rate"!
The researchers also tested the effect of combining with azithromycin.
The result is that whether it is combined with azithromycin or not, will not reduce the risk of using a ventilator.

According to an internal e-mail published by the American magazine Vanity Fair, the Trump administration pressured federal government health officials to provide the public with the malaria drug chloroquine for COVID treatment without medical supervision -19.

This strategy also caused panic and opposition from scientists and doctors of some federal health agencies, who expressed their refusal to suspend drug regulation.

This Friday, the FDA released a new drug safety report.
This report is a drug safety bulletin on known side effects of hydroxychloroquine and chloroquine, including serious and potentially life-threatening heart rhythm problems.

According to the FDA, according to the case report in the database of the FDA's adverse event reporting system, it is known that COVID-19 patients have serious heart rhythm problems when receiving drugs or similar compounds chloroquine (usually combined with the antibiotic azithromycin).

The drugs used to treat arthritis, lupus and malaria ten years ago already knew their side effects on the heart.

In the report, the FDA mentioned that the FDA has not approved hydroxychloroquine and chloroquine for the treatment or prevention of COVID-19.

According to the Wall Street Journal, the researchers plan to recruit 200,000 patients to participate in more than 100 studies on hydroxychloroquine.

A few days ago, the clinical research data of the new crown "miracle drug" Remdesivir (Remdesivir) flowed out, and the results were not satisfactory.
The anti-malarial drugs brought by Trump are in constant trouble.

During the COVID-19 pandemic, people from all walks of life in various countries hope to find effective medicines as soon as possible. But for medicines, experiments are still needed to prove their safety and effectiveness, and political public opinion cannot be a lever for controlling science.

In the situation where there is no cure for new crown pneumonia so far, US President Trump has always strongly recommended the antimalarial drug hydroxychloroquine as a magic drug for the treatment of the new crown, saying that "these drugs will be the game rules against the new crown virus."
However, more and more evidence is against Trump. 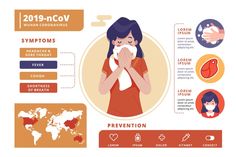 However, more and more evidence is against Trump.

On April 24, local time, the top academic journal Nature Medicine published an online communication article from the New York University School of Medicine in the United States.
The researchers investigated 84 new coronary pneumonia patients who were treated at a center in New York City.

The patient was evaluated and claimed that patients with neocoronal pneumonia treated with hydroxychloroquine and azithromycin developed ECG abnormalities.

The article mentions that a recent report stated that the combined use of the antimalarial drug hydroxychloroquine and the antibiotic azithromycin (HY / AZ) may help patients with new coronary pneumonia, which has led clinicians around the world to adopt this program in large numbers.

Cardiac rhythm abnormalities due to Chloroquine

However, both of these drugs have previously been shown to increase the risk of different types of cardiac rhythm abnormalities, such as prolonged QT interval, drug-induced torsades de pointes (a polymorphic ventricular tachycardia), and drugs Sudden cardiac death.

The QT interval is measured by an electrocardiogram and represents the total time course of ventricular depolarization and repolarization.
The prolonged QT interval puts patients at risk of arrhythmia and sudden cardiac death.

In the medical center where the researchers are located, all patients with COVID-19 who had lower respiratory tract disease with cough, X-ray infiltration, persistent fever, with or without hypoxemia, were treated with hydroxychloroquine and azithromycin Chloroquine was taken 400 mg on the first day, twice daily, followed by 200 mg daily.

Azithromycin was 500 mg daily. The average ECG follow-up time after hydroxychloroquine and azithromycin treatment was 4.3 ± 1.7 days.

The researchers reviewed the electrocardiograms of 84 patients with new coronary pneumonia taking oral hydroxychloroquine and azithromycin and obtained their corrected QT (QTc) interval. The average age of patients in this group was 63 years, and 74% were male.

11% (n = 9) of patients had a significantly longer QT interval, which put them at higher risk of arrhythmia and sudden cardiac death. Four patients died of multiple organ failure, with no evidence of arrhythmia or severe QT interval prolongation. 64 patients are still in hospital and the remaining 16 patients have been discharged.

Papers jointly published by Zhong Wu of the Institute of Pharmaceutical Sciences. They found in in vitro experiments that Remdesivi and chloroquine can effectively inhibit new coronaviruses.

In addition, an early study in 2013 also showed that when hydroxychloroquine and azithromycin were applied to young healthy volunteers, QTc would be slightly prolonged.

But in this study, the researchers found that QTc was significantly prolonged in COVID-19 patients receiving hydroxychloroquine and azithromycin.

The researchers believe that the differences in these findings suggest that the prolongation of the QT interval may be affected by factors such as the existence of the patient's underlying disease and the severity of the disease.

It is worth noting that a recent guideline from researchers at the Mayo Clinic in the United States, one of the world's leading medical institutions, recommends that patients with COVID-19 should undergo ECG screening before receiving new treatments including hydroxychloroquine and azithromycin Check and QTc assessment.
In this cohort study, 5 of 9 patients with significant QTc prolongation had normal QTc at baseline.

Therefore, the researchers concluded that the status of this type of patients should be continuously monitored, especially those with other diseases and those who receive other treatments that will lead to prolonged QT intervals.

It is worth mentioning that just on April 24 local time, the US Food and Drug Administration (FDA) warned against using hydroxychloroquine and chloroquine at will.

The FDA says that the two drugs hydroxychloroquine and chloroquine may have serious side effects, so they should only be used in hospital settings or clinical trials.

The FDA said there were reports of "severe arrhythmias" in some patients with new coronary pneumonia when the drug was used in combination with azithromycin or other drugs that may affect the heart.

"We are also aware that more and more patients are prescribed these drugs through outpatient prescriptions," the FDA said. "Therefore, we want to alert healthcare professionals and patients to the known risks associated with hydroxychloroquine and chloroquine."

Prior to March 28, under Trump's strong recommendation and pressure, (FDA) had urgently authorized antimalarial drugs including hydroxychloroquine for the treatment of new coronary pneumonia.
The decision was considered by relevant parties to damage the scientific authority of FDA.

Higher dose of chloroquine phosphate should not be recommended

In critically ill patients, a higher dose of chloroquine phosphate should not be recommended because of its potential safety risks, especially when taken concurrently with azithromycin and oseltamivir.
They believe that high-dose chloroquine treatment of COVID-19 critically ill patients is harmful and unhelpful, with more arrhythmias and failure to improve patient mortality. They have terminated the clinical trial.