Cybersecurity, an Important Part of the US Military's Response to COVID-19

The United States has shown that it can conduct wars in many ways:
First, it is to fight violent extremists on a global scale, and now, the deadly virus is spreading in the United States.
The US Armed Forces have already demonstrated excellent capabilities to respond.
In response to the COVID-19 pandemic, they established hospitals almost overnight, conducted medical supply flights around the world, deployed hospital ships on the east and west coasts, and mobilized reserves and retired medical personnel to support the disaster Serious community.

At the same time, the military continues to perform important tasks globally. One of these tasks is to ensure that military networks have sufficient network security capabilities, including the ability to protect basic communication systems and data networks that support virus response.

After more than half a century of cold war and nearly 20 years of fighting violent extremism around the world, it is no surprise that Americans are most familiar with their military power.

The armed forces' ability to build infrastructure, deliver materials and provide medical support has always existed, but it is still in the background.

The response to the COVID-19 pandemic drew special attention to the military’s ability to support civilian institutions.
The US Army has deployed hundreds of troops to the hardest hit areas, including the US-Mexico border, and established 15 medical teams.
With 11 active hospitals and 16 backup hospitals, the Army’s medical services will play an important role in any pandemic response.
It turns out that the Army Corps of Engineers is one of the most reliable organizations to fight against the pandemic.
It has conducted approximately 700 on-site assessments and is establishing or is building nearly 30 facilities in dozens of cities, including the Javits Center in New York City. 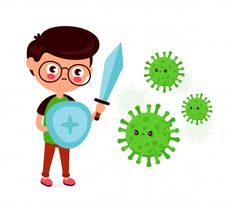 The US Army National Guard deployed approximately 36,000 active duty personnel in all 54 countries, overseas territories and the District of Columbia. They are implementing mobile fixed test sites, mobile hospital construction, enhanced support for PPE management and distribution, passenger screening at airports and bus stations, and the security of national inventory warehouses.

The US Navy deployed its two hospital ships, USNS Mercy and Comfort, to Los Angeles and New York, within weeks of receiving the order, to provide support to overwhelmed medical facilities treating patients not infected with the virus.

In addition to deploying active duty and Air Force guards to support the fight against viruses and replace sick service personnel, the Air Force also carried out logistical flights to transport important supplies to the affected areas.

At the same time, the US military continues to carry out important global national security tasks. The US strategic nuclear forces are maintaining a high degree of alertness.

The Iraqi and Afghan forces are performing intelligence, surveillance and reconnaissance missions, and are providing support to local forces conducting operations against ISIS and Taliban remnants.

The Navy has been working hard to maintain maritime patrols, even if it is trying to contain the effects of the virus on the crew.

Earlier this year, the United States was close to the first two-line war in 75 years. While COVID-19 broke out in the country, the United States and Iran played a marginalized game, which may lead to another conflict in the Persian Gulf.

If Iran responds differently to the Solemani strike, the United States may fight in the Middle East. Due to the existence of President Trump’s so-called “invisible enemy”, can the US military fight an overseas conflict under the chaos of its own land?
If the United States is at war, Defense Secretary Esper’s decision to temporarily suspend defense switching and suspend recruitment is unthinkable.

Given the spread of COVID-19 on the nuclear-powered aircraft carrier USS Theodore Roosevelt, the military needs to start seriously considering the potential impact of this virus and future viruses on its power projection capabilities.

Can the US military fight a foreign war in a blockade environment? What if the virus infects key personnel and facilities?

Even if the Ministry of National Defense deals with current operations at home and abroad, it must formulate plans and capabilities to counter the new two-line war.

US military is increasingly involved in combating viruses

As the US military is increasingly involved in combating viruses, it must ensure that its networks, smart devices, and facilities can resist cyber threats.

Deployed military units (such as field hospitals and hospital ships) must maintain connections with superior headquarters and establish contact with federal, state, and local government agencies and private agencies.

As more and more devices are added to the network, unauthorized connections will threaten data integrity and privacy, and this danger will increase.

The military has long been committed to ensuring network integrity and improving its ability to detect and isolate unauthorized devices that may be attached to its communications system.
The Navy has always been at the forefront of the implementation of C2C, a framework of tools and technologies designed to ensure that only approved devices are allowed on the network.

C2C has created a highly automated platform to ensure that devices entering the network comply with security standards and access protocols. It does this by continuously monitoring, quickly interrogating and isolating non-compliant devices.

When it was decided to send the Navy’s two hospital ships to Los Angeles and New York, the planned repairs and upgrades must be completed within a few days.

Naval engineers scrambled to upgrade the ship's communication system and network to improve performance and ensure its ability to interface with dock-side systems.

As part of this rapid upgrade plan, a network security system based on the C2C standard was provided for the ship. As a result, sensitive military information and patient medical data can be protected.

Cybersecurity must be part of the military response to COVID-19

C2C applies to both military medical networks and networks operated by the civil affairs department and the private sector.

In the future, as the United States enters a world built around the Internet of Things, it will become increasingly important to ensure that only authorized devices are allowed on our network. Fortunately, technologies that can do this already exist and are being deployed, although not as fast as expected.