What Food Delays Aging or Good for Longevity?

What should men eat daily to delay aging? How many of these foods you know?

Although the saying goes, "Forty-one flowers for men", but as the eighteen-year-old girl springs up like mushrooms, many men still pray that aging will not come so fast. Of course, this is a joke. As the age of people entering marriage is later, the age of childbearing is relatively delayed, which will cause many men to panic. They may not be able to accompany their children through every special moment in future life, or marry to have children. So these men will care more about aging. They would like to eat age delaying food or diet.

So what signals are there to indicate that aging is coming? What can I eat to delay aging?

These five signals may indicate aging

Now many people jokingly say that the hairline is one of the criteria for testing age. This is because as the age increases, the number of scalp hair follicles decreases day by day, resulting in men's hair becoming thinner and thinner, and the hair growth rate is also gradually slow.

exercise ability becomes weak. After exercise, the fast heartbeat phenomenon lasts for a long time, and the heart's ability to adjust is getting lower and lower.

This shows that the heart's own reserve capacity has declined. This is caused by the aging and weakening of the muscles of the heart. It is related to the poor health of the blood vessels.

People are more afraid of noise at this age. When people are young, the degree of noise damage to hearing is not obvious, but once they are over 30 years old, they can obviously feel the damage caused by noise to hearing. 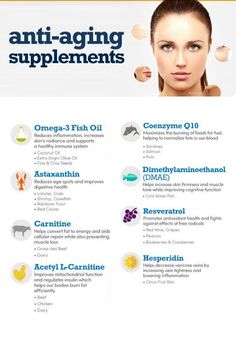 With increasing age, the decrease in the number of sexual impulses is inevitable.

Like the lumbar spine and cervical spine, as the age increases, the prostate will also undergo degenerative lesions, but as long as you take good care, the rate of aging will slow down.

Male anti-aging may wish to eat more of these foods

What foods can men eat for anti-aging?

These five foods have been proven to have a good effect in delaying male aging. You may wish to try more.

Oysters contain a high concentration of zinc, which has been shown to be extremely helpful for the production of male hormones.

It was once regarded as an aphrodisiac food. The 47 vitamins and minerals contained in it are very beneficial to men.

The malt oil contains ingredients for preventive decline, which is actually the role of natural vitamin E. Medical research has found that vitamin E can stimulate male sperm production; prevent miscarriage and premature delivery; prevent male and female infertility. But synthetic vitamin E is not as effective as malt oil in preventing deteriorating.

You may wish to try to grind the malt into powder, mix it with milk and honey, and drink a cup before going to bed, which can increase nutrition and enhance sexual function.

The American scientist Franz found that if there is enough nucleic acid in the body, it can effectively increase the various functions of the body, indirectly improve sexual function, and delay sexual aging.

Foods containing more nucleic acids include beans and various soy products, followed by seafood, such as marine fish, shellfish, shrimp and so on. Liver and lean meat of various animals are higher in meat, and green vegetables are the most in vegetables.

Pineal voxels, also known as melatonin, according to tests found that as long as some artificial pineal voxels are added before going to sleep, they can restore the physiological functions of youth, including sexual functions. Melatonin is derived from tryptophan.

Milk contains L-tryptophan that can promote melatonin production. Sunflower seeds, sea crabs, meat floss, chicken breast, eggs, etc. are also rich in tryptophan, as long as Regular supplementation of these foods is beneficial to the secretion of melatonin by cells in the body.