How to reduce LDL-C to control the risk of cardiovascular disease has become a problem for many hyperlipidemia patients.

However, recent studies have proposed a reversal conclusion: LDL-C may have a negative correlation with cancer risk, suggesting that lower LDL-C is not necessarily better.

Is the rise of LDL-C a signal that the tumor is approaching or away? Would it be a misunderstanding to identify LDL-C as "bad cholesterol"?

The latest research results published in the American Journal of Cancer Research by the team of Professor Wang Weiqing of the Ruijin Hospital affiliated to Shanghai Jiaotong University School of Medicine give important hints that both low LDL-C levels and poor blood sugar control in diabetes are associated with increased cancer risk.

The population of this study came from the Chinese Cardiovascular Metabolic Disease and Cancer Cohort (4C) study, which included 137,884 subjects from 20 community centers in 16 provinces, and collected disease history, medication history and lifestyle through a questionnaire And the subjects' fasting blood glucose, OGTT-2h blood glucose, HDL-C, LDL-C and other metabolic indexes were measured.

1. Sugar metabolism and LDL-C attack together

The study divided the population into four groups according to the quartile level of LDL-C levels. 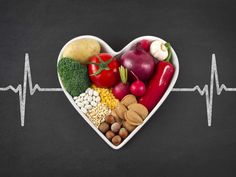 According to the analysis of whether or not you have diabetes, it is found that LDL-C level is negatively correlated with cancer risk. After reaching 100 ~ 130 mg / dL level, the relationship between the two tends to be stable.

Relationship between LDL-C and cancer risk in diabetic patients

The findings of the study seem to be very different from the "bad image" of LDL-C in the conventional wisdom.

It has always been thought that the lower the better, the better LDL-C actually has a negative effect on cancer?

For this horrifying result, the researchers explained that it may be that immune cells need a certain amount of cholesterol to participate in the regulation of immune function to fight cancer cells.

Relationship between glucose metabolism status and LDL-C and cancer risk

As an important manifestation of metabolic syndrome, diabetes and hyperlipidemia are often associated with each other and are risk factors for cardiovascular disease.

The current American College of Cardiology / American Heart Association (ACC / AHA) guidelines emphasize the use of LDL-C as an evaluation indicator for lipid-lowering therapy.

However, this study found a surprisingly negative correlation between LDL-C and cancer risk, and provided new important suggestions and references for the target range of clinical lipid-lowering therapy.

At the same time, it is reminded that diabetic patients with poor blood sugar control and low LDL-C levels, the double-risk crit has come, and the cancer risk exists, officially.