Mutation in New Coronavirus in the USA

The new coronavirus has mutated in the United States, and many children suffer from rare and strange diseases

We all know that coronavirus is a virus that exists widely in nature.

However, in the four months of fighting the epidemic, the "cunning" of the new coronavirus has been constantly refreshing the human knowledge of them.

According to the Los Angeles Times report, a new study in the United States has shown that scientists have discovered a new strain of coronavirus, which is more contagious than the first strain discovered in Wuhan.

Researchers at Los Alamos National Laboratory in the United States wrote in a report published on Thursday:

The new virus began to spread from Europe in early February and then quickly spread to other parts of the world, including the United States.

By the end of March this year, this virus from Europe had become the main form of virus worldwide.

In addition to spreading faster, it may also make the body susceptible to a second infection after the first infection.

This 33-page report is based on the calculation and analysis of more than 6,000 coronavirus sequences from all over the world. The report also revealed the earliest time and location of this strain.

According to the results of the study, Italy was one of the first countries to discover this new strain. The time was in the last week of February, almost the same time as the original strain was found locally.

But by mid-March, it was this new strain that dominated the United States.

The original strain infection was first discovered in New York on March 15.

The mutant strain was discovered just a few days later. 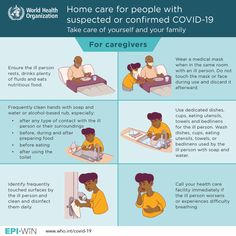 Researchers warn that if the new coronavirus does not subside like the seasonal flu in the summer, it may mutate further and may limit the effectiveness of the vaccines that scientists around the world are studying because vaccine researchers have been using health authorities The viral gene sequence isolated early in the outbreak.

"This is sad news," Bert Cobb, a computational biologist at the Los Alamos laboratory and lead author of the study, wrote on his Facebook page.

Symptoms of Coronavirus as the US CDC Declares

There were only three new symptoms of new coronary pneumonia published on the US CDC official website:

Later, after the discovery of the new strain, CDC added 6 new symptoms, and clearly stated that as soon as two of the following six types appeared, they should immediately go to the hospital for medical treatment:

Scientists from the School of Life Sciences at Peking University and the Shanghai Pasteur Institute wrote in "On the Origin and Continuous Evolution of SARS-CoV-2" published on March 3 that among all the new coronaviruses analyzed, one more New aggressive strains accounted for about 70%, while another less aggressive strain accounted for 30%.

This discovery by American researchers is another proof of the research achievements of Chinese scientists.

In this epidemic, young people and children have always been less susceptible than middle-aged and elderly people.

And a strange disease that may have been related to the new crown recently in the United Kingdom and the United States has specifically attacked young children.

Rare Coronavirus cases in the UK

In the past three weeks, the United Kingdom has reported many rare diseases with very consistent symptoms. The patients all have symptoms such as dyspnea, high fever, low blood pressure, rash, skin darkening and diarrhea, similar to Kawasaki desease.

Kawasaki disease is a disease of systemic inflammation of the blood vessels. Symptoms are generally persistent high fever, enlarged neck lymph nodes, red eyes, rash on the genital area, lips, palms or soles. Other symptoms include sore throat and diarrhea.

The patient is generally within 5 years of age and is a very rare disease. There are fewer than 20,000 cases in the United States each year.

The most serious patient in the United Kingdom has been unable to breathe spontaneously, and 12 people have been sent to the ICU.

On May 4, New York also reported 15 patients with such rare diseases for the first time.

The age of the patients is between 2-15 years old.

On May 5, New York Mayor Bai Sihao also issued a new health alert. He said that once the child has persistent fever, rash, abdominal pain, vomiting and other symptoms, regardless of the new crown test results, you should seek medical treatment immediately.

Remind all Chinese and international students in the United States not to be careless.

Don’t think that the U.S. has resumed work recently, and the weather is getting better.

The obvious turning point in the US epidemic has not yet come.

Relaxing vigilance at this time is equivalent to wasting quarantine more than a month ago.

And Dr. Foch repeatedly warned that the new coronavirus will not disappear from the earth, and may coexist with us for several years.

When it comes to the next wave, it will only become more deadly.

How to deal with this cunning virus will directly determine the fate of mankind.