May 04, 2020
The Scripps Research Institute of the United States issued a study proving that analysis of public genomic sequence data from SARS-CoV-2 and related viruses found that there was no evidence that the virus was manufactured in the laboratory or otherwise. Way of designing.

New coronavirus is a natural product, not from laboratory or artificial manufacturing

According to published research results, the new SARS-CoV-2 coronavirus that appeared in Wuhan, China last year is a product of natural evolution. This virus has caused large-scale COVID-19 epidemics and spread to more than 70 other countries. The research has been published in the journal Natural Medicine.

Dr. Kristian Andersen, associate professor specializing in immunology and microbiology at the Scripps Research Institute in the United States, said:
"By comparing the available genomic sequence data of known coronavirus strains, we can firmly determine SARS-CoV-2 From the natural selection process."

Coronaviruses are a large class of viruses that can cause a wide range of serious diseases. The first known serious illness caused by coronavirus was severe acute respiratory syndrome (SARS) outbreak in China in 2003.
In 2012, Saudi Arabia broke out for the second serious illness, the Middle East Respiratory Syndrome (MERS).

On December 31, 2019, China issued a warning to the World Health Organization that the new coronavirus outbreak caused serious illness, and the virus was later named SARS-CoV-2.
As of April 27, 2020, nearly 2994796 cases of COVID-19 were recorded, although there are more mild cases that may not be diagnosed. More than 6,600 people have lost their lives due to the virus.

Shortly after the outbreak began, Chinese scientists sequenced the SARS-CoV-2 genome and provided the data to researchers around the world. The resulting genomic sequence data indicates that the Chinese authorities quickly discovered the outbreak.

Are COVID-19 cases increasing due to the human-to-human transmission?

The number of COVID-19 cases has been increasing due to the human-to-human transmission of the virus after invading the population. Several research institutions from all over the world use this sequencing data to explore the origin and evolution of SARS-CoV-2 by focusing on several typical characteristics of the virus.

What is the evidence of natural evolution of Corona Virus?

Scientists have discovered that the RBD part of the SARS-CoV-2 spike protein has evolved to effectively target a molecular feature called ACE2, which is a receptor involved in regulating blood pressure. In fact, SARS-CoV-2 spike protein is very easy to bind to human cells, so scientists have concluded that it is the result of natural selection, not the product of genetic engineering.

SARS-CoV-2 skeleton data, that is, the overall molecular structure also supports evidence of natural evolution. If someone tries to design a new coronavirus as a pathogen, they will use the skeleton of a virus known to cause disease to build it.
But scientists have discovered that the SARS-CoV-2 backbone is completely different from known coronaviruses, and most of them are similar to related viruses found in bats and pangolins.

What is the possibility of laboratory manipulation as a potential source of SARS-CoV-2?

Dr. Christian Anderson said, "These two characteristics of the virus, namely the mutation of the RBD part of the spike protein and its unique skeleton, rule out the possibility of laboratory manipulation as a potential source of SARS-CoV-2." 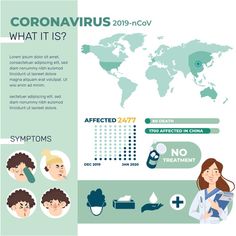 Dr. Josie Golding, head of the epidemiology at the Wellcome Foundation, a medical charity in the UK, said that the results of Dr. Christian Anderson and his colleagues "propose to the rumors about the origin of the virus Evidence-based views are crucial. "

New coronavirus is a natural product, not from laboratory or artificial manufacturing

What is the Possible source of Corona virus?

Based on genome sequencing analysis, Dr. Anderson and colleagues concluded that the most likely origin of SARS-CoV-2 follows one of two possible scenarios.

In the first case, the virus evolved into its current pathogenic state through natural selection in a non-human host and then jumped towards humans. This is how the previous coronavirus outbreak was infected by humans after direct exposure to civet cats (SARS) and camels (MERS).

The researchers suggest that bats are the most likely repository for SARS-CoV-2 because it is very similar to bat coronavirus. However, there are no cases of direct transmission of bats, which indicates that there may be an intermediate host between bats and humans.

Non-pathogenic version of the crown virus

In another case, the non-pathogenic version of the virus jumped from animal hosts to humans, and then evolved into the current pathogenic state in the population. For example, the RBD structure of some armadillo-like coronaviruses from pangolins, found in Asia and Africa, is very similar to SARS-CoV-2. Coronaviruses from them may have been transmitted to humans directly or through an intermediary host (if raccoon or ferret).

Did the new coronavirus originate from animals?

"This is very likely, this virus is likely to originate from animals." According to Reuters, at the regular press conference of the United Nations Office in Geneva on the 21st, World Health Organization spokesperson Fadella Shaib conveyed such a message when he talked about the topic of "the origin of the new crown virus".
She said that WHO believes that, based on the existing evidence, the new coronavirus originated from animals, rather than artificially manufactured in the laboratory.

"All the existing evidence indicates that the virus originated from animals and was not manipulated or manufactured by humans in the laboratory or elsewhere." Shaib said, "It is very likely that the virus is likely to originate from Animals."
According to reports, the WHO spokesperson added that it is unclear how the virus crosses the species barrier and enters the human body, but in the process, surely, there is an intermediate host.

virus transmission from bats to humans remains to be observed

According to Reuters, according to Shaib, at present, bats are the most likely reservoirs of this type of virus in nature.
"However, how the virus is transmitted from bats to humans remains to be observed and discovered."

According to CNN, Shaib said at the press conference that day, "At this stage, it is impossible to accurately determine the source of the virus that caused the new crown pandemic." CNN said that Shaib was still at the meeting. The above reminder said that people should focus on facts, not "false theory" about the origin of the virus.