At present, the outbreak of new coronary pneumonia in foreign countries is still spreading rapidly.
According to "Real-time Big Data Report on New Coronavirus Pneumonia Epidemic Situation", as of 23:00 on April 26, 2020, there were more than 2.94 million diagnosed cases worldwide, more than 2.86 million cases diagnosed abroad, and more than 199,000 deaths.
A total of 960,000 cases were diagnosed in the United States and 54,000 deaths.

Therapies for the treatment of severe new coronavirus pneumonia (COVID-19)

The situation of the new crown epidemic is unprecedentedly severe. Governments in various countries are urgently authorizing the use of potential drugs / therapies for the treatment of severe new coronavirus pneumonia (COVID-19), including antiviral drugs, antimalarial drugs, antiinflammatory drugs and rehabilitation periods.

Ketchopharm Therapeutics, a partner of Deqi Pharmaceuticals, is an oncology-centric pharmaceutical company focused on the discovery and development of the first innovative therapies for nuclear transport and related targets for the treatment of cancer and other major diseases.

These studies are expected to enroll approximately 230 patients in their clinical centers in the United States, Europe and Israel.
Selinexor is an oral SINE compound that blocks the nuclear export protein XPO1 (also known as CRM1), which is involved in the replication of the new coronavirus (SARS-CoV-2) and the inflammatory response to the virus.

This randomized, multicenter, placebo-controlled phase II study (XPORT-CoV-1001 / NCT04349098) was designed to evaluate the activity and safety of oral 20 mg selinesor three times a week for two weeks. Patients who are well tolerated and have clinical benefits can continue treatment for two weeks at the discretion of the treating doctor. 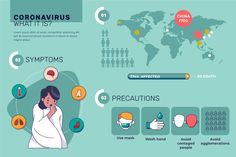 The primary endpoint of this study was the clinical improvement time determined based on the improvement in the Ordinal Scale, which is in line with the recommendations of the World Health Organization (WHO) and the US Food and Drug Administration (FDA) regarding the COVID-19 trial.

Other secondary endpoints in the study included total mortality on day 28, the time to initiate mechanical ventilation, and the proportion of patients.

In addition, SINE compounds, including selinexor, have shown strong anti-inflammatory activity by inhibiting nuclear factor kB (NF-kB), resulting in reduction of cytokines such as IL-6, IL-1, IFNg, etc. in various models. This may be particularly beneficial to hospitalized patients with COVID-19 and other serious viral infections.

Dr. Sharon Shacham, President and Chief Scientific Officer of Karyopharm, said:
"In less than two weeks after announcing our intention to conduct a selinexor study on patients with severe COVID-19, we have quickly mobilized our team to initiate clinical trials globally, and we are proud to announce the first patient administration in our randomized study.
This important milestone marks the first study of XPO1 inhibitors in patients with severe viral infections.
We feel that using selinexor to inhibit the potential antiviral and anti-inflammatory activity of XPO1 I am highly encouraged and look forward to working with regulatory agencies, treating physicians and patients in the medical community to advance this important research as soon as possible."

Dr. Ralph Tripp, a well-known scholar of the Georgia Research Alliance and a professor of the Department of Infectious Diseases at the University of Georgia School of Veterinary Medicine, said: "In my laboratory, we now use two different methods to study selinexor's inhibition of SARS-CoV-2 virus in Vero cells. (African green monkey kidney cells), Vero cells are monkey cells that are often used to mimic human viral infections. In our first experiment, we demonstrated that at low concentrations (100nM), selinexor Suppressed 90% of the production of new viruses from cells that have been infected with SARS-CoV2. This is very exciting because low dose oral selinexor is expected to provide levels above 300nM.

In the second experiment, it was found that even at a lower level (10nM), selinexor can reduce the virus's ability to infect new cells by about 99%.
People am very encouraged by these findings and also happy to see Karyopharm at such a rapid rate Test these scientific findings on patients severely affected by the current COVID-19 pandemic. "

The active pharmaceutical ingredient of Xpovio is selinexor, which is a first-in-class, oral, selective nuclear export inhibitor (SINE) compound that acts by binding and inhibiting nuclear export protein XPO1 (also known as CRM1), resulting in tumor suppressor proteins in the nucleus accumulation, which will restart and amplify their tumor suppressor function, leading to selective apoptosis of cancer cells, while not causing significant effects on normal cells.

In July 2019, Xpovio received accelerated approval from the FDA in conjunction with dexamethasone for use in at least 4 therapies and at least 2 proteasome inhibitors (PI), at least 2 immunosuppressants (IMiD), one Patients with relapsed and refractory multiple myeloma (RRMM) refractory to anti-CD38 monoclonal antibodies.

In February of this year, Xpovio's Supplemental New Drug Application (sNDA) was accepted by the US FDA and granted priority review.

The sNDA seeks to accelerate the approval of Xpovio for the treatment of relapsed or refractory diffuse large B previously received at least 2 therapies Patients with cellular lymphoma (R / R DLBCL).
The FDA has designated a prescription drug user charging method (PDUFA) target date of June 23, 2020.

The results from the Phase IIb SADAL study showed that the total response rate (ORR) of Xpovio treatment was 28.3%, the complete response rate (CR) was 11.8%, and the median duration of response (DOR) was more than 9 months.
These data highlight the potential of Xpovio as a new and first oral therapy in a population of patients with relapsed or refractory DLBCL who have previously received at least two multi-drug regimens, are not suitable for stem cell transplantation, and have extremely limited treatment regimens.
If approved, Xpovio will be the first oral regimen to treat relapsed or refractory DLBCL.

Previously, the FDA has granted Xpovio the orphan drug qualification and fast-track qualification for the treatment of this indication.

The company also plans to submit a marketing authorization application (MAA) to the European Medicines Agency (EMA) in 2020, requesting conditional approval of Xpovio for the same indications.

It is worth mentioning that in August 2018, Deqi Pharmaceutical and Karyopharm Therapeutics reached a strategic cooperation to jointly develop 4 innovative oral drugs, including 3 SINE XPO1 antagonists Xpovio (selinexor), eltanexor, verdinexor and one PAK4 and NAMPT Dual-target inhibitor KPT-9274.