Immune cells are the basic units that make up the immune system, and are the gold standard that reflects the strength of immunity.

When the human body encounters the invasion of foreign enemies, innate immune cells bear the brunt, and they will quickly react to kill the enemy.

If it is unfavorable, cytotoxic T lymphocytes (killer T cells, CTL), which are the last line of defense for human immunity, will be called.

They rely on multiple biological functions to kill infected cells and cancer cells. This process is well known to us.

Recently, in a new study published in "Science", research teams from the University of Oxford in the United Kingdom and the University of Toulouse in France revealed to us more new details when killing T cells attack "foreign enemies". They will use the load to kill Protein "bombs" of chemical substances bombard target cells.

David Masopust, an immunologist at the University of Minnesota School of Medicine, commented:

"This research is undoubtedly an important advancement, allowing us to further understand how these immune regular troops clear dangerous cells." 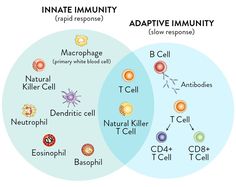 One of the most important weapons known to kill T cells is perforin, which is a protein that pierces the outer membrane of target cells.

The granzyme released by T cells will then induce apoptosis or directly kill the target cells. But whether the killer T cells only release granzyme and perforin, or rely on a special structure to transport the killer molecules to the target cells, the researchers are still unclear.

To this end, Oxford University immunologist Michael Dustin and his team tracked the molecules released during the killer T cell attack.

The results show that T cells load these molecules into a container that the team calls supermolecular attack particles(SMAP).

By analyzing the payload inside these "bombs", scientists found that SMAP contains not only perforin and granzyme, but also more than 280 other proteins.

In order to observe the structure of SMAP more closely, the researchers used random optical reconstruction microscopy, which can accurately describe individual molecules.

T cells release many types of small particles encapsulated in lipids, but SMAP has a protein shell and carries granzymes and perforin in its core.

The researchers concluded that killer T cells not only release perforin and granzyme, but also use a complex container to transport them.

To mimic the interaction between killer T cells and their target cells, Dustin and his team placed the T cells on a layer of lipid that resembled a cell membrane. SMAP quickly appeared on the cell membrane, indicating that T cells began to release SMAP after adsorption.

When the researchers cleared the killer T cells from the membrane surface, some SMAP remained on it.

The research team reported that SMAPs are like molecular mines, and they can kill cells within a day.

Dustin said that as early as the 1980s research may have discovered the existence of SMAP, but until recently, researchers have not used imaging technology to detect its structure.

Perforin and granzymes polymerize on the target cell membrane

Christopher Mody, an immunologist at the University of Calgary, Canada, said: "This paper is commendable because it proposes a new paradigm that illustrates how perforin and granzymes polymerize on the target cell membrane."

However, he reminded The authors have yet to prove whether killer T cells first produce SMAP and then release it, or whether they release the components and then assemble SMAP at the target cells.

Dustin said the complex components of SMAP suggest that they may also have other functions. For example, SMAP particles contain molecules that attract immune cells and manipulate their behavior, implying that transmitting information may also be one of their roles.

Dustin said: "We know that SMAP is important for the killing of T cells, but we suspect that its effect is far more than that."