There is Currently no Special Effect Medicine for COVID-19-Coronavirus

No Special Effect Medicine for COVID-19-Coronavirus in Current Time

At the 46th epidemic prevention and control news briefing held in Guangzhou today (March 18), Zhong Nanshan, leader of the high-level expert group of the National Health and Health Commission and an academician of the Chinese Academy of Engineering, said that it is impossible to rely on collective immunization to respond to the new coronary pneumonia epidemic. There is no evidence that a new coronavirus infection can be immunized.

The epidemic occurred in China, and the source may not necessarily be in China. "It's a scientific question. Before I figure it out, it's irresponsible to make conclusions casually."

In addition, Zhong Nanshan also expressed his views on the virus characteristics, drug treatment, and prevention and control of outbreaks in foreign countries.

On collective immunity against COVID19

Talk about drug treatment for COVID 19

There are currently no specific drugs, and a summary of the use of chloroquine will be published next week

He said that until now, there is still no specific treatment for this virus. Once the new coronary pneumonia has developed into a critical illness, treatment will be very difficult. "We found some disease characteristics, but there is no good solution."

He said that a summary of the use of chloroquine will be published next week. "Currently, chloroquine has an average negative effect on the virus of about 4 days, which is faster than ordinary drugs. But we need to summarize it further because we have no comparative control or comparative experiments."

"At the same time, we are also conducting trials of redoxivir.
In addition, Chinese medicine has a certain effect on reducing symptoms and accelerating recovery. 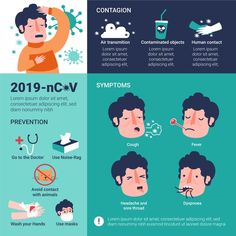 The results in the laboratory have been published, and the clinical effect is currently being summarized." Zhong Nanshan said, overall.

In general, although there is no specific method, there are already some methods to speed up the recovery of the disease and prevent the development of critical illness.

Zhong Nanshan said that the new coronavirus is a brand-new virus that we have not faced. It is more infectious than SARS and MERS, and has a very high mortality rate compared to influenza. Worldwide, the mortality rate ranges from 7 percent to a few percent, which is affected by different interventions by various countries.

On the prevention and control of epidemic situation world wide

Controlling from the source is the oldest and most effective.

Zhong Nanshan pointed out that the outbreak will bring many problems, such as the shortage of medical resources in Italy. "Controlling all infectious diseases from the source is the oldest and most effective. All countries have to do this, which is my opinion."

Europe is now at the beginning of the first epidemic. Zhong Nanshan suggested that prevention and control should be more active.
Don’t wait until the patient has symptoms, and isolate the people in close contact as soon as possible to avoid further expansion of the epidemic.

"My point of view is that a confirmed case is found in one place, and close contacts should be quarantined even if there are no symptoms.

Don't let him spread it to others. Family members and contacts of people with symptoms should go to check, don't wait, wait for the epidemic.

It's more difficult to get bigger and bigger. "Zhong Nanshan said that if a country does not do strong intervention, the new crown epidemic will not disappear. All countries must act.

Contain areas with high incidence of epidemics, joint prevention and joint control in other areas

Zhong Nanshan said that the source and the epidemic situation are not the same thing.

"The epidemic of New Coronary Pneumonia occurred in Wuhan, which does not mean that the source is in Wuhan.

This is a scientific problem. Before we figure it out, it is irresponsible to draw conclusions. The epidemic occurred in China, and the source is not necessarily in China.

China has made a lot of progress. In particular, there will be an answer to the virus's family and virus evolution in the future (through research). "

Zhong Nanshan said that China has learned how to prevent and control through practice, that is, to take strong intervention.
"Highly infectious outbreaks are exponential outbreaks, with an RO (transmission index) close to 3, which is higher than diseases such as influenza.
In this case, the pressure in the central area of ​​the outbreak is reduced, allowing the spread of the disease to slow down and let the central area not So passive is a very important measure. "

He said that China's experience lies in controlling upstream, enclosing areas where epidemic outbreaks are common, and other areas doing joint defense and joint control. At present, these measures have proved effective.

"The core of joint defense and joint control lies in 'early protection'. Japan and South Korea have done a good job, such as attending less meetings, staying at home, and wearing more masks.

'Early discovery', seeing doctors if they are uncomfortable.
'Early diagnosis', I come back from Wuhan Shortly afterwards, CDC decentralized nucleic acid detection to the hospital, which is very useful for early detection and early diagnosis. In some countries, the time is longer, as long as 3 or 4 weeks. The world is not waiting for others; Isolation. "Zhong Nanshan said.

China is stepping up vaccine development in five directions.
Zhong Nanshan said the epidemic situation is the most fundamental problem.
China's current vaccine development has five directions:
One is a whole virus vaccine, such as the 2009 H1N1 vaccine.
Second is a nucleic acid vaccine, the United States is initially conducting safety tests on humans, and China is conducting the first phase of clinical trials.
Also, third is carrier vaccine.
Then also, fourth is protein vaccine in genetic engineering.
Also, fifth is influenza as a carrier vaccine.

He said that the research and development of China's five vaccines are very tight. "Guangdong is currently developing nucleic acid vaccines, doing animal experiments, and also using adenovirus as a carrier vaccine. It is working day and night, hoping to make great progress in two or three months."