Wearing Condom for Sex as Precaution

Using Condoms while having Sex as Precaution FAQs

We all know that condoms have become one of the daily necessities for adult men and women.

In all contraceptive methods condoms have a high success rate and prevent sexually transmitted diseases. Cheap, easy to carry and easy to use. It can be described as the first choice for contraception.

When it comes to condom use, many men may not be able to speak.

According to the statistics of the World Health Organization, the success rate of contraception can reach 98% when the condom is used correctly throughout the course.

But if the method is not used properly, the success rate can be directly reduced to 85% (not to mention the wrong use) to prevent The probability of STDs has also dropped from 94% to 80%.

Therefore, if the condom is used and you are still pregnant, you should immediately check whether the way to open (shiyong) the condom is wrong.

How should condoms be used correctly?

Too big to fall, too small to break.  Don’t just walk into the store and take a box to pay. Generally, condom specifications are divided into 4 types, and condom sizes of different brands are uniform. (Nominal width refers to half the circumference of the condom opening)

1. Large condoms: Condoms with a nominal width of 55 mm have a diameter of 35 mm at the opening.

2. Medium condom: Condom with a nominal width of 52 mm has a diameter of 33 mm at the opening.

3. Small condom: The condom with a nominal width of 49 mm has a diameter of 31 mm at the opening.

4. Extra-small condoms: Condoms with a nominal width of 48 mm have a diameter of 29 mm at the opening.

How to measure your own penis diameter for Condom?

During erection, apply a thin line around the middle of the younger brother after full erection, and then measure the length of the line, that is, the circumference of the penis, and then divide by 3.14, which is the diameter of your boyfriend's younger brother. 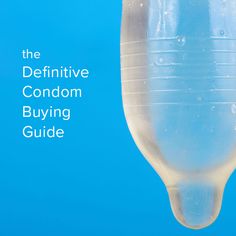 If you use it for the first time, you can buy a medium size first, and try another model if it is not suitable. Of course, if you are a trench, you can buy all models at once and try them on one by one.

How to use condoms?

Carefully tear apart from the edge of the condom inner package to avoid tearing the condom; avoid using sharp tools such as scissors to ensure that the condom does not break.

2. Put it on before you start

Bring a condom when HimHis gets an erection. The secretions produced during the early stage of HimHis's erection may contain semen and germs that cause STDs, which can cause pregnancy and the spread of STDs.

3. Extruding the air from the head

The air remaining in the head will cause the condom to rupture. To avoid rupture, use your thumb and index finger to gently squeeze out the air in the front pouch, then wear the condom on the erect HimHis. Make sure that the seminal vesicles on the head of the condom are exposed on the outside.

4. Stretch to the bottom

While squeezing the head with one hand, gently stretch the condom with the other hand to cover the entire penis.

Make sure that the whole process of wrapping is tightly wrapped around the younger brother. When the sleeve slips, it should be quickly withdrawn and replaced with a new sleeve before restarting.

5. Squeeze the bottom after slamming

After ejaculation, when Tintin is still erect, he should immediately grasp the bottom of the condom with his hand and pull back the younger brother.

Even if you are said by the people of the rivers and lakes that after the seven-night shooting, the younger brother will still stand up, so please remove it and put on a new one.

6. Take off the condom

After Ding Ding was completely removed, take off the condom. Each condom can only be used once. Wrap the used tissues and throw them in the trash.

What are some common Misunderstandings about Condoms?

Although the method of use is very simple.

A stupid human can still invent a thousand wrong methods of use. There are following considerable myths regarding this:

The fact is that the superimposed sleeve is more likely to break or slip off due to friction during piston movement. This is simply a trick.

Myth 2. It looks a bit dry, why not apply moisturizer / oil at hand?

Most condoms generally carry a certain amount of lubricant. If you still feel dry, you must remember to use water-based lubricants instead of oily lubricants such as skin oil, edible oil, cleansing oil, etc. Because oil can damage latex condoms and may cause them to rupture.

Myth 3. Wear the cover before shooting

It has been emphasized before. The condom must be used correctly throughout the journey. Ask your boy to wear the cover immediately after his HeHim has changed.

Because the secretions produced before ejaculation are likely to have a batch of sperm pioneers. And wearing a sleeve before the end is not conducive to preventing sexually transmitted diseases.

Myth 4. No condom is needed for oral sex

It doesn't matter if you blow your hair and get pregnant. Too young too simple. The ghost knows if there is any virus on your HimHis or whether it has caught bacteria from where and where.

Many diseases can be transmitted through the mouth, especially in the case of oral infections and wounds. Don’t think girls really like drinking milk, okay? really naive.

Myth 4. I am gay and I will not get pregnant.

You will not be pregnant, but you will get sick and kiss.

Do you know why AIDS is so common among homosexuals?

Do you really naively think that condoms are used for contraception? It also has an important role of invincible fried chicken is to pre-order. Anti Sex Disease.

Myth 5. Condoms are kept in the car / bathroom / pocket for a long time

Condoms should be stored in a cool, dry place, away from any sharp objects and direct sunlight.

Do not keep them in your pocket, car or bathroom for longer than 1 month, as excessive heat and moisture will damage the condom over time. You don’t always want to come in handy, but the result is still broken. Do you want to get on the boat and make up the ticket?

4. What should I do if I don’t wear the sleeve / the sleeve is broken / dropped?

If you do not take any other contraceptive measures at the same time and do not want to get pregnant. Then you may need emergency contraception to prevent it.

So what if he says he doesn’t want to wear it?

Everyone has a responsibility to wear the correct cover.