Penaeus vannamei is native to the coastal waters of the South Pacific and is a tropical economic shrimp. After continuous exploration, research and experiments by researchers, the shrimp fry of Penaeus vannamei can be cultured in fresh water after gradually desalinating. However, due to the water pollution and the abuse of antibiotics in recent years, there are many kinds of diseases in the breeding process of Penaeus vannamei, which bring huge economic losses to farmers. 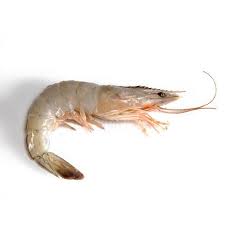 Shrimp stop eating, stomach is empty, white spots appear on the inner surface of the carapace, the abdomen turns white in the later stage, and some body color is reddish, and the carapace is easy to peel off. Below 180C is a latent infection, and the water temperature is 20-260C for an acute outbreak, which is prevalent in coastal my country and Southeast Asian countries.

There are a lot of black spots on the surface of the carapace, some carapaces become soft, and the abdominal muscles become white. In severe cases, the hepatopancreas becomes white, atrophied, and necrotic.

It occurs in my country, Southeast Asia, the Gulf of Mexico, and Australia, with no obvious seasonality.

Vibrio infection. The appendages turn red, especially the swimming feet, and the gill areas of the carapace are mostly yellow. The disease usually occurs between July and October.

Acutely infected groups sink to the bottom in still water and die quickly; for groups with a slow course of disease, many unicellular algae, sessile ciliates or organic debris can adhere to the body surface and appendages.

The pathogen is non-group 01 Vibrio cholerae. The eyeball is swollen, gradually turning from black to brown, and then festering. In severe cases, the entire eyeball is rotten, leaving only the stalk. After the bacteria invade the lymph, they die from bacteremia.

The disease is more common in low-salt areas of estuaries or shrimp ponds that have not been dredged and disinfected. Penaeus chinensis and Penaeus longhair are susceptible to infection. The disease occurs from July to October, with the most in August.

Infections with Vibrio, Pseudomonas, and Flavobacterium. The carapace is ulcerated, forming a brown depression that is shallow around the depression and darker in the middle.

In addition to the brown spots on the body surface of the overwintering broodstock, the appendages and forehead swords are also rotten, and the cross-section is also brown.

The foci of fusarium disease are mainly in the gill area of ​​the carapace, and mycelium and conidia can be seen under the microscope.

The location of the disease is scattered. The mid-to-late wintering period of Chinese prawns is the most popular, and the harm is greater.

Infection with Vibrio and Pseudomonas. The gill area of ​​the carapace is black, and when the carapace is uncovered, the gill filaments are gray or black, brittle, swollen, necrotic from the tip to the base, and some shrink and fall off.

The disease frequently occurs during the high temperature period from July to September.

The pathogens are Mucor radiculobacterium, Thiorrhea, and Flexibacterium (bacteria). In severely infested shrimp, the gills of the carapace turn dark brown, and the hyphae can be seen under the microscope.

Fusarium parasites in the gill area of ​​the carapace, appendages, body wall and eyeball. After the carapace gill area of ​​the overwintering broodstock of Penaeus chinensis was infected with bacteria, the carapace was necrotic, blackened, fragmented and fell off. Hyphae and conidia can be seen under the microscope, which are distinguished from brown spot and black gill disease caused by bacteria.

Different species of pathogenic infection with varying symptoms. The microsporidia parasitic on the muscles of Penaeus merguis and Penaeus chinensis make the muscles white, turbid, opaque, and lose their elasticity, which is called "milky white shrimp" or "cotton shrimp"

After the ovary of Penaeus merguis is infected, the carapace is orange-red.

Spores or sporoblasts can be seen under high magnification, distinguishable from the blanching of muscles caused by viruses, Vibrio, and muscle necrosis.

In Guangdong and Guangxi, it is a common and more harmful shrimp disease. Although it is a chronic disease, the infection rate of the whole breeding cycle is 90%, and the cumulative mortality rate is more than 50%.

The diseased shrimp has no special symptoms, and only has different degrees of trauma on the frontal sword, the second antennae and the front edge of the scales, the rear edge of the tail fan and other appendages, and some have brown spots. In the advanced stage, the haemolymph is full of a large number of parasites, which are white and cloudy, and the gills and other tissues can be seriously damaged.

Under the microscope, it can be seen that the worm body is sunflower seed-shaped, with a slightly pointed front end and a blunt rear end.

Incidence and mortality peak in January, and the disease can occur from December to March before spawning of broodstock.

A kind of epiphytic diatom - wedge-shaped algae attached to the body surface of shrimp eggs and larvae, the naked eye can see the golden villi, lose transparency.

During the hatching process of shrimp eggs, the water temperature is too high or too low, or the water temperature changes more than 50C in a short period of time, or due to heavy metal poisoning and insufficient dissolved oxygen, the larvae become deformed. The larvae swim abnormally or inactively from the nursery tank with a beaker, or sink to the bottom.

The appendages are deformed, the bristles and tail spines are bent, and some are atrophied or incomplete.

A white patch appears symmetrically on the lateral leaves of the carapace on both sides of each segment of the abdomen of the prawn.

The patch is nearly oval, but irregular. White spots will also appear on both sides of the shrimp head breastplate, the scales of the second antennae, the forehead, and the tail fan.

The disease may be a physiological response of the shrimp itself caused by the environment or feed. It mainly harms Chinese prawns, longhaired prawns, and monodon, and Japanese prawns have also been infected.

The 4-6th muscle of the abdomen of the shrimp becomes cloudy and opaque, and in severe cases, the necrotic area expands to the entire abdomen.

The cause may be environmental abnormalities such as water temperature and salinity, insufficient dissolved oxygen for a long time, or water pollution.

Microsporidia and Vibrio can also cause blanching and opacity of muscles, which should be distinguished.

Muscle spasm begins and bends to the abdomen. In severe cases, the tail is close to the ventral surface of the head and chest.

The body is stiff and loses swimming ability. Death, the light can be cured.

The disease occurs from July to September, which may be due to abnormal environment or feeding spoiled food in high temperature season.