The US Proclaims Coronavirus Made in Wuhan, China

The United States proclaimed that corona virus was made in Wuhan, and it was faced by fancy

At present, the United States, as the country with the worst new crown epidemic, has more than 1.17 million confirmed cases and more than 68,000 deaths.

Trump has absurdly accused China of concealing the epidemic on several public occasions. On May 3, local time, Pompeo tried to spread the rumors of "human-made virus" again in media interviews. He declared that "there is a lot of evidence" that the new coronavirus "from the Wuhan laboratory".

Large amount of evidence on Coronavirus

Pompeo, who claimed to have a large amount of evidence, was silent on the evidence in the interview.

In the face of the host's inquiries, the audience was confused.

The host of the American Broadcasting Company (ABC) said that Pompeo’s accusation against China contradicted the statement of the US National Intelligence Director’s Office, but Pompeo changed his tone and said: "I have read the report of the intelligence department, and I have no reason to think They are wrong ".

Moderator: But you believe that the new coronavirus is artificial?

Pompeo: The best experts think so, I have no reason not to believe them.

Moderator: But the intelligence department report shows that the scientific community agrees that this cannot be artificial.

Pompeo: I agree with this.

Political knowledge noticed that in fact, in the US, the Washington Post published a review article last month, criticizing Pompeo’s performance during the epidemic, calling him one of the worst secretary of state in American history.

In order to discredit China, Pompeo can do everything he can. According to the "New York Times" report, Pompeo, the person in charge of the intelligence system, even hesitated to pressure his former unit to force the virus to be related to the Wuhan laboratory.

However, from the follow-up development, it was obviously not as expected, and Pompeo's remarks were refuted by all parties. 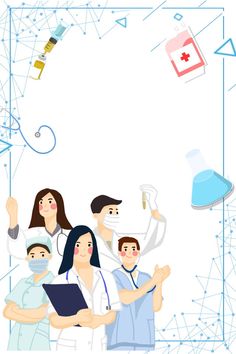 After Pompeo threw out the above remarks, on May 4, local time, the technical director of the WHO Health Emergency Project Maria van Kokhov said that about 15,000 gene sequences currently show that the new coronavirus is not artificial.

The head of the WHO health emergency project, Michael Ryan, said that WHO has not received relevant evidence from the US that the virus came from the Wuhan Virus Research Institute. From the perspective of WHO, this statement is speculation. Michael Ryan pointed out that if the United States has relevant data or evidence, it should indicate whether or when such information can be shared publicly. Michael Ryan emphasized that based on genetic sequence evidence and all the opinions received by WHO, it shows that the virus originated from nature, and Chinese scientists have been communicating and cooperating with the world, and can exchange learning and exchange relevant knowledge.

Political insights noted that apart from the WHO, this time even the traditional allies of the United States could no longer be seen.

According to the Sydney Morning Herald on May 4, several senior Australian intelligence officials revealed that a so-called research document recently circulated in the International Intelligence Group "Five Eyes Alliance" was mostly based on several claims that "China concealed The public news report of the epidemic.

And Australian intelligence officials have hinted that the "evidence" held by the US government may be similar to the content of these news reports.

Coronavirus leaked from the Chinese laboratory

In addition, CNN News Network revealed on May 5 that two anonymous intelligence sources in the "Five Eyes Alliance" member states also pointed out that the "new crown virus was leaked from the Chinese laboratory" is "very unlikely." Another source revealed that the "Five Eyes Alliance" has not yet found evidence of "Chinese laboratory leaking virus".

In addition to the "viral man-made theory", the United States "dumps the pan" China's usual rhetoric also has a "concealment theory." Trump has repeatedly stated publicly that China had initially concealed the epidemic and failed to attract attention from other countries, and therefore should even claim compensation from China.

In response to the above-mentioned ridiculous argument, the Ministry of Foreign Affairs of China has repeatedly used data to clarify and refute.

Perhaps what makes the US more angry is that Zheng Zhijian noticed that more and more studies in the past two days have shown that the outbreak of foreign diseases may occur earlier than the first confirmed case in Wuhan.

The CCTV News WeChat public account published an article today (5th) that the medical journal International Journal of Antibacterial Agents showed that a short communication paper written by the Seine-Saint-Denis Hospital Group in the northeastern suburb of Paris, France, was published online on May 3. Its title is "New Corona Virus has been circulating in France at the end of December 2019".

The paper shows that the researchers selected a number of cases who were admitted to the intensive care unit due to flu-like illness between December 2, 2019 and January 16, 2020, and removed their nasopharyngeal swabs from a cold environment of minus 80 degrees Celsius. Remove and re-test the new coronavirus nucleic acid. Among them, a 42-year-old man tested positive for new coronavirus. The man lived in France for many years, and went to the emergency room for a flu-like symptom on December 27 last year.

The paper pointed out that this case indicates that the new coronavirus has been spread among French people at the end of December 2019. It can also be speculated that there will be a large number of asymptomatic infections in France during January 2020, which caused the virus to spread further.

Focused on the United States. Recently, multiple voices pointed to the time when the local virus spread or earlier than the official announcement.

Yesterday (4th), Guan Yulian (Chinese), a member of the Royal College of Internal Medicine of Canada and the United Kingdom, revealed on the CCTV connection that the autopsy results of three new coronary pneumonia patients in California, the United States, said that the earliest infection time in American cases may month.

In addition, the overseas network quoted US media reports that the Mayor of Belleville, New Jersey, Michael Melham, said that he had been infected with the new coronavirus in November 2019. The test results show that he already has a new coronavirus antibody. The infection date mentioned by Melham is more than two months before the first confirmed case reported by the US official.

Melham recalled that he went to Atlantic City in November 2019 to attend a meeting. When he returned home on November 21, he felt uncomfortable. After returning home, he began to experience a series of symptoms such as high fever and chills, and he could not sleep all night. The doctor thought he was infected with the flu, and he accepted the statement at the time until the outbreak of the New Coronavirus outbreak in New Jersey.

Salem said, "I had suspected that I was infected with the new coronavirus, and I have had the flu before, but the symptoms have never been so severe."

Severe flu may have been the new crown virus before

Therefore, Melham issued a statement saying that many of the severe flu may have been the new crown virus before. At the same time, he emphasized that he has not been to China in recent months. Neither the New Jersey Department of Health nor the Governor has commented on this.

Similar to Mailum’s inference, when the brother of the governor of New York visited the media, he speculated that the virus was different from the flu after the diagnosis of new coronary pneumonia. The virus may have been circulating in the United States since October last year. "Many people told me that they thought they had the disease and had similar symptoms, but they didn't test."