Who was First confirmed case of new Coronavirus in France?

Global News on the 4th of this month, on the 3rd local time, the head of a intensive care department in a French hospital said that France had at least the end of December last year, there have been confirmed cases of new coronary pneumonia. The person in charge is named Cohen. As a professor, he is in charge of the critical care departments of two hospitals in the area around Paris.

Cohen revealed on a show that the two hospitals he was responsible for re-tested the new coronavirus samples from patients with pneumonia symptoms between the end of December last year and January this year.

Among them, a total of 24 samples were found. A patient hospitalized on December 27 last year was positive. The patient fully recovered after half a month of treatment, and his two children were also diagnosed with new coronavirus.

Before the investigation by the French research institute, it was discovered that this outbreak in France, the virus strain is very special, not from overseas, only exists in the French mainland. The scientists finally concluded that the new coronavirus has been in France for a long time.

Some people have been infected before, but the symptoms are mild or asymptomatic, so it has not attracted attention. It is believed that the source of the French epidemic is the French mainland.

Now, Professor Cohen proves the conclusion of scientists with real hammer evidence, pushing forward the time of the first confirmed case in France by one month.

This discovery is a very important part for finding the source of the virus. Many countries have begun to study and have reached similar conclusions. This wave of global outbreaks began in Europe and the United States.

The research results of a national institution in Japan show that the virus that caused the second round of outbreaks in Japan came from Europe and the United States.

All in all, this wave of outbreaks with Europe and the United States as the "epicenter" is not a coincidence, but a reason.

The epidemic prevention measures in Europe and America are indeed not so strict, and some even adopt the method of group immunization, but this is not the essence of the problem.

The crux of the problem is that the first wave of outbreaks centered on Asia also spread to Europe and the United States.

Europe and the United States were under control at the time, and there was no loss of control, indicating that the European and American epidemic prevention measures are not completely noisy.

So how did the second wave all fall? At present, it is likely that because the source of infection has not been clarified, everyone on the bright side has the ability to track it down, and it can be controlled by digging out and isolating it. When it was found that the problem was wrong, it was too late. 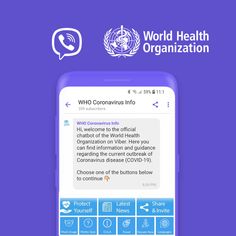 At present, this case in France should be the earliest confirmed patient that can be traced back to Europe and the United States. California has also launched a similar investigation. An autopsy is being conducted on the person who died in December last year. A similar investigation has already been the first in the United States. The confirmed cases have been pushed forward for nearly a month, and this wave is expected to have even more explosive materials.