Metformin is an oral hypoglycemic agent of the biguanide class. It is currently one of the most commonly used oral hypoglycemic drugs in clinical use. Metformin has basically the same function and use as phenformin, and can be used to treat adult non-insulin-dependent diabetes and partial insulin dependence Type 2 diabetes. Metformin has fewer side effects than phenformin, but it can also cause mild gastrointestinal reactions and rashes.

Anemia and vasculitis are rare side effects. Metformin hydrochloride is the hydrochloride salt of metformin, and its hypoglycemic effect is weaker than that of phenformin. It is mainly used to treat patients with type 2 diabetes who are unsatisfied with simple diet control, especially those with obesity and hyperinsulinemia.

For most juvenile diabetes and lean diabetes with sulfonylurea treatment, this product can also lower blood sugar after application.

Clinical metformin can be combined with sulfonylurea or insulin to enhance its hypoglycemic effect. Obese patients can also lose weight with this product. 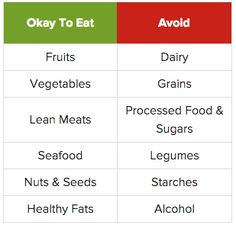 What are some popular brands of Metformin Hydrochloride?

What is the Usage History of Metformin?

However, the incidence of lactic acidosis due to biguanides is relatively high, and was banned by many countries in the late 1970s.

Since the 1990s, due to the unique therapeutic effect of biguanides, metformin has been widely used in clinical practice again.

What are Metformin Drug effects and clinical application?

Metformin can inhibit the absorption of glucose, amino acids, fat, etc. in the intestine, suppress appetite, and reduce and delay blood glucose after a meal.

Oral metformin is mainly absorbed in the small intestine. The absolute bioavailability of oral administration of 0.5 g of metformin in the fasting state is 50% to 60%.

Eating at the same time slightly reduces the rate and extent of drug absorption.

The plasma drug concentration time of this product is 2 hours, and the average plasma concentration drug clearance half-life is about 4 hours. Metformin hardly binds to plasma proteins.

Oral administration of this product in accordance with commonly used clinical doses and dosing regimens can reach steady-state plasma concentrations within 24 to 48 hours.

This product does not bind to plasma proteins. A part can be secreted by the renal tubule, so the renal clearance rate is greater than the glomerular filtration rate.

This product is mainly excreted by the kidney in the original form, and it is excreted by about 90% within 12h, and the half-life is 1.7 to 4.5h. It can accumulate in the body and cause hyperlactemia or lactic acidosis.

What are the Indications for Metformin Hydrochloride?

Metformin hydrochloride is mainly used for patients with type 2 diabetes who are not satisfied with simple diet control, especially obesity and hyperinsulinemia.

Not only does this product have a hypoglycemic effect, but it may also reduce weight and hyperinsulinemia Effect.

Metformin has basically the same function and use as phenformin. This medicine is effective for both obese and non-obese type 2 diabetic patients.

For patients who get no response with diet control alone, metformin alone can reduce the basic blood sugar by more than 20%.

What is the Metformin Effect with Sulfonylurea Drugs?

When sulfonylurea drugs have poor blood sugar lowering effect, combined treatment with metformin can reduce blood sugar by more than 20%. Metformin's hypoglycemic effect is related to the dose of drugs.

The maximum recommended dose for adults is 2.55g per day. For patients in need of further blood sugar control, the dose can be increased to 2.55g per day (ie 0.85g per time, 3 times per day).

When the daily dose exceeds 2g, in order to better tolerate, the drug is best taken in divided meals with three meals.

What are the Adverse Reactions of Metformin Hydrochloride?

Adverse effects of metformin are as follows:

This product can reduce the absorption of vitamin B12, but rarely cause anemia.

Within the therapeutic dose range, lactic acidosis is rare.

Metformin has fewer side effects than phenformin, but it can also cause mild gastrointestinal reactions and rashes.

Anemia and vasculitis are rare side effects.

Occasionally it can inhibit the absorption of vitamin B12 and certain amino acids, which can lead to vitamin B12 deficiency.

Metformin can also cause lactic acidosis, but it is extremely rare.

Lactic acidosis is a serious adverse reaction of biguanides, but it is rare.

Biguanide drugs can promote the anaerobic digestion of glucose in tissues and lactic acid accumulation occurs, especially when accompanied by liver and kidney dysfunction or severe infection, cardiopulmonary disease, shock, hypoxia, alcoholism, etc. Phenformin tends to occur at higher doses, and the incidence of metformin is very low.

It is forbidden for those who are allergic to this product;

(1) Women during pregnancy and lactation, children under 10 years old, and elderly people over 80 years old.

(6) Alcoholics, vitamin B12 and folic acid deficiency are not corrected.

What Precautions we need to observe with Metformin Hydrochloride?

(1) It should not be used alone for type 1 diabetes and should be used in combination with insulin.

(3) If angina pectoris, myocardial infarction, intermittent claudication, and infection poisoning, the heart, lung, liver, and kidney function deteriorates should be discontinued, and other hypoglycemic drugs or insulin should be used in time.

(4) Suspension before surgery and iodine X-ray photography examination is required.

(5) Stress state: such as fever, coma, infection and surgery, should temporarily stop and switch to insulin, and then resume use after the stress state is alleviated.

(6) The elderly, debilitated or malnourished patients, as well as patients with reduced adrenal and pituitary function and alcoholism are more prone to hypoglycemia; drinking alcohol is prohibited during medication.

Metformin is a biguanide oral hypoglycemic agent. It has multiple mechanisms of action, including delaying the uptake of glucose from the gastrointestinal tract, increasing the use of peripheral glucose by increasing insulin sensitivity, and inhibiting excessive gluconeogenesis of the liver and kidney, without reducing blood glucose levels in non-diabetic patients.

Impact on Diabetes and Obesity

The use of this drug not only has a hypoglycemic effect, but may also reduce weight and hyperinsulinemia. effect.

It can be effective for some patients with poor efficacy of sulfonylurea, such as combined with sulfonylurea, intestinal glycosidase inhibitors or thiazolidinedione hypoglycemic drugs, the effect is better than the single use alone. It can also be used in patients with insulin therapy to reduce insulin consumption.

Does metformin really hurt the liver?

"Metformin will damage the liver." He was scared because he had been eating for more than 20 years, and he did not know what the liver was damaged, so he was very worried.

Because if, as the liver disease expert says, he has been taking metformin for more than 20 years, the liver doesn't know what it has been rotten for a long time. There time to call for consultation.

Metformin is good, why are many sugar patients reluctant to eat it?

The reason for reluctance is 5 misunderstandings:

Misunderstanding 1. Long-term use may fail

Metformin can inhibit the production of glucose-facilitated glucose and improve insulin resistance.

Metformin is the first choice for type 2 diabetes because of its hypoglycemic effect, it should be taken consistently, and Will not fail due to long-term use.

Gastrointestinal reactions such as nausea, nausea and belching are the main and common adverse reactions of the hypoglycemic agent metformin.

Experts point out that the initial gastrointestinal reactions of metformin will be more obvious, so it is recommended to start taking small doses.

As the treatment time increases, the gastrointestinal reactions will gradually tolerate or disappear, and patients do not need to stop taking metformin.

Misunderstanding 3. Toxicity is too great, damage liver and kidney

Metformin is absorbed through the intestine after taking, but not metabolized by the liver. The urine is mainly excreted by the kidneys after the urine is produced, and the clearance rate is as high as 90%. Therefore, it is unscientific to say that metformin damages the liver and kidneys.

In addition, patients with advanced liver cirrhosis and liver and kidney dysfunction may have lactic acid if taking metformin. Risk of poisoning.

Misunderstanding 4. Can only lower blood sugar, no other use

In addition, clinical studies have found that metformin can reduce the risk of cancer for sugar friends.

What is the appropriate dose of metformin?

Doctors in the Department of Endocrinology recommend that Tangyou adhere to the principle of "dosing starts small and gradually increases." That is, it is best to start taking metformin at 500 mg twice daily.

After the gastrointestinal reaction is tolerated or disappears, it can be increased to 1000 mg twice daily.

The principle of taking metformin can help patients avoid gastrointestinal reactions such as nausea and vomiting to a certain extent.

In addition, there are two ways to avoid the adverse reactions of metformin:

1. Avoid taking metformin on an empty stomach and choose a meal time, because it does not affect the absorption of drugs and weaken the gastrointestinal reaction.

2. The choice of dosage form is also the key to avoiding adverse reactions, such as metformin enteric-coated tablets, metformin sustained-release tablets, etc.

For example, ordinary metformin tablets have the strongest nausea, nausea and vomiting and other adverse reactions, so it is recommended to take it during or after meals.

Based on the place of action of this drug, it is recommended to take it half an hour before a meal so that the drug can play the strongest hypoglycemic effect when the blood glucose is highest after a meal.

Metformin sustained-release tablets are wrapped in gel and can be taken once a day.

It is recommended to swallow the whole tablet during meals and take care not to break or chew it.

Although metformin is a very effective hypoglycemic agent, it is also contraindicated in clinical use.

Metformin is not suitable for everyone, The drug may be discontinued in 3 cases

First of all, sugar frpatients with heart and lung diseases such as heart failure and pulmonary obstruction are in a state of hypoxia.

If metformin is taken, it is likely to aggravate the symptoms of hypoxia and cause lactic acidosis.

In severe cases, there will be dangers such as sudden drop in blood pressure and unconsciousness.

Secondly, sugar friends with liver and kidney insufficiency taking metformin will have the problem of accumulation of metabolites, which is prone to lactic acidosis.

Finally, before performing CT and other tests, you often need to inject contrast media as required. If metformin is taken, it is likely to increase the burden on the kidneys or cause kidney failure.

Difference Between COVID-19 Coronavirus and Other Flu Epidemic Infections

May 12, 2020
According to foreign media TechCrunch, one of the ways currently being sought to develop effective treatments for COVID-19 is to use convalescent plasma. Basically, this means using plasma from COVID-19 patients who have fully recovered, hoping to transfer the antibodies they produced during the fight against the virus to others.

US Food and Drug Administration (FDA) creates dedicated website to seek recovery plasma donationsThe US Food and Drug Administration (FDA) has created a dedicated new website that seeks recovery plasma donations from COVID-19 rehabilitation patients and explains their potential uses.
The use of plasma during recovery is hardly a new concept. In fact, it has been used since the late 1890s and was used during the Spanish influenza pandemic in 1918, although "the results were mixed."
Modern methods can help improve the efficacy and potential of recovered plasma as a therapeutic method. There are currently some drugs under development that use plasma (ani…
Post a Comment
Read more