Nomenclature of Viruses. How Viruses are named

The WHO officially named the new coronavirus COVID-19, where Co stands for Corona, Vi stands for Virus, and D stands for Disease

After the case of new coronavirus pneumonia has spread to 25 countries and more than 40,000 people have been diagnosed, it finally has an official official name-COVID-19.

On the evening of February 11, the Director General of the World Health Organization (WHO) Tan Desai announced at the Global Research and Innovation Forum in Geneva that the disease caused by the new coronavirus was officially named "COVID-19", in which "Co" stands for "Crown", "Vi" is "virus", "D" is "disease".

Now, the diseases caused by 2019nCoV have names

Some people think that it is so important to give the virus a name? It's a big deal to concentrate on killing viruses with special drugs. In fact, it is important to find a treatment plan. Naming the virus is also a major event. Once the name is incorrect, it will have a major impact.

Name the new Coronavirus, why is it so important?

Significance of nCOVID: Let’s first recall how many nicknames the virus in this epidemic:

Wuhan pneumonia: Since the end of December 2019, people have known that an "unexplained pneumonia" from Wuhan began to spread, so they called it "Wuhan pneumonia".

New coronavirus: January 7, 2020, after laboratory isolation and identification, it is clear that it is a new coronavirus.

2019-nCoV: On January 30, the World Health Organization (WHO) proposed a temporary name for a new virus. "2019" represents the year of the first appearance, "n" means a new virus, and "CoV" represents a coronavirus. WHO also recommends that The disease caused by the virus infection is named "2019-nCoV Acute Respiratory Disease".

SARI: From the rumor that "the new coronavirus is named SARI, which is the evolution of SARS", has been rumored-SARI is the abbreviation of Severe Acute Respiratory Infections, that is, "severe acute respiratory infection cases", does not specifically refer to the new coronavirus Pneumonia caused by viral infection.

Chinese pneumonia / virus: With the global outbreak of the epidemic, many foreign media directly called "Chinese Virus" in their propaganda.

At first, due to the lack of public awareness of the virus, the convenience of publicity and identification, and the focus on the frontline anti-epidemic, it is understandable to temporarily pass various simple and crude titles. But after nearly two months, the disadvantages caused by bad names gradually emerged.

First of all, the most authoritative title “2019-nCoV” previously recognized by WHO has been rejected by people all over the world. Everyone feels that the name is difficult to remember, difficult to write, and lip-spitting. More information. The Chinese name "new coronavirus pneumonia" is not much better. The name is too long, and reading and writing are easy to miss.

Because of the inconvenience of the above two names, people at home and abroad are keen to give it a nickname. Among them, the appellations of "Wuhan Pneumonia" and "Chinese Virus" obviously carry regional discrimination. There have been frequent "anti-Ehuban" incidents such as leaked information about Hubei people's return to their hometowns and denial of accommodation for Wuhan residents.

However, with the deepening of research, scientists have discovered that 2019-nCoV does not only induce pneumonia, so whether it is "new coronavirus pneumonia", "2019-nCoV acute respiratory disease" or "NCP" are not accurate enough.
Moreover, the new and old concepts are relative.

In case the virus mutates, or other coronaviruses of other subtypes are newly discovered, is the latter called "new and new coronavirus" "N2CP"? 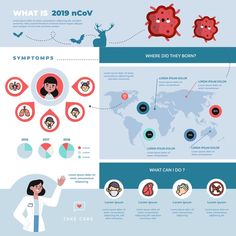 Once, there were many ways to name viruses

Past Virus Nomenclature methods: In the past, people named a virus or the disease caused by it has also been random, and the basis for the name is mostly derived from people's current understanding of the virus. Typical nomenclatures are:

1. Nomenclature on the Basis of Host Symptoms of Viruses

Poliovirus nomenclature: A virus that can cause polio.

Smallpox virus nomenclature: a smallpox virus, the English name "smallpox" means "small pox", the typical symptom is smallpox rash that is obviously distributed on the face, hands and legs. After healing, there is a pitted scar on the face , Chinese more vividly called "smallpox".

Many well-known infectious disease names are related to the region.

Japanese Encephalitis Virus naming: The big name is Japanese encephalitis (JE) virus, a zoonotic disease transmitted by mosquitoes that can cause central nervous system infections. The pathogen was first discovered in Japan in the early 20th century.

German measles naming: Another name for rubella virus, which was first mistaken for measles virus, was later proposed as an independent disease for the first time by a German physician in 1814, so it is also known as "German measles".

Middle East respiratory syndrome (MERS) naming: It is also an infectious disease caused by coronavirus. It is named because the cases are concentrated in the Middle East such as Saudi Arabia and the United Arab Emirates.
Camel is the intermediate host of MERS

3. Nomenclature of Viruses on the basis of source animals

Later, the WHO announced the abandonment of the term "swine flu" and changed its name to "H1N1 influenza virus", in which "H" (Hemagglutinin) and "N" (Neuraminidase) are viral antigen types.

Avian Influenza nomenclature: Both belong to the Influenza A virus and are mainly infectious diseases that are prevalent in poultry, and a small amount are transmitted from poultry to humans.
The recent outbreak of avian influenza in Shaoyang City, Hunan Province is H5N1 subtype highly pathogenic avian influenza.

Incorrect Naming of Virus is troublesome

The naming of swine flu and avian flu has caused panic to related animals all over the world, resulting in a large number of healthy poultry and wild birds being "slain" during the outbreak of avian flu in early 2004.

The name "swine flu" has made some governments "talk about pig color change" and even restricted North American pork trade. When H1N1 became popular in 2009, the Egyptian government ordered the slaughter of about 200,000 live pigs in the country, and Russia and other countries announced the suspension of pork imports from epidemic areas.

The name "swine flu" may cause many innocent pigs to suffer

The MERS that happened in 2012 was named after the "Middle East", which caused stigmatization disputes. The Middle Eastern countries believed that the name had geographical discrimination, which affected the local trade and tourism, and once protested to the WHO.

What are the new Rules for virus naming?

May be affected by the "MERS" protests. In 2015, WHO issued guidelines for naming new human infectious diseases, calling on scientists, national authorities and the media to adopt them to minimize unnecessary negativeness to the country, economy and people. influences.

Among them, it is recommended not to include the following information in the name of new diseases and new viruses:

The recommended naming idea is as follows:

Affected people (such as teenagers)

The severity of the disease (eg, progressive, severe)

After the new rule came out, many people applauded and praised it, but it was also opposed by some scientists. Lan Liokin, a virologist at Columbia University, believes that a name like "monkey pox" is very good, and it helps the public understand the natural host and potential sources of infection.
Obscure names that are too professional will make it difficult for the public to distinguish and remember.

What are the Difficulties in Virus Name Change?

Some scientists also suggest that you can use acronyms flexibly (many people don’t pay attention to the meaning of words anyway), to ensure the shortness of the name to the maximum. It sounds like a good choice (it is strange), but sometimes it can cause trouble.

The acronym "SARS" reads in a powerful and domineering manner, which is daunting and avoids the ambiguous naming of "Chinese flu". However, because SARS and SAR are written very closely, and the latter is the abbreviation of "Special Administrative Region", some people think of the Hong Kong Special Administrative Region of China, and then think of the conclusion that "the virus originated in China." (showing hands)

This time, the "wild game virus" and "Li Wenliang coronavirus" suggested by netizens certainly do not meet the WHO's naming rules. "It's difficult to name viruses, it's hard to go to the blue sky." Faced with so many limitations, it is really difficult for scientists to continue to exert their creativity. Such a problem is still handed over to the International Virus Classification Committee.

Although the name COVID-19 is not much better than 2019-nCoV, it generally follows WHO's new virus naming principles, and it can be considered as a successful evasion of "Wuhan", "China", "bat" and "wild meat".
The related wording, as Dr. Tan Desai said when he announced the new name, "Official naming is very important to avoid people using other inaccurate or stigmatized names."

In any case, the purpose of naming the virus (disease) is to be more conducive to epidemic research and prevention communication in countries around the world. Now that the official name is settled, everyone can rest assured to focus on developing vaccines and fighting the epidemic.