Dr. George Thomas and Dr. Sara Kozma of the Bellvitge Institute of Biomedical Research and the University of Barcelona reported online in Nature on February 8 that S6K1 has a glutamyl-prolyl tRNA synthetase molecule (EPRS) from inhibiting translation to transferring fatty acids The role of reorientation.

The study was conducted in collaboration with researchers at the Cleveland Clinic and the University of Illinois, and may lead to the development of biomarkers and targeted therapies for obesity and aging.

The metabolic pathways associated with obesity and aging in mammals are activated by rapamycin complex 1 (mTORC1) and p70 ribosomal protein S6 kinase (S6K1).

However, the target of mTORC1–S6K1 is not related to the observed loss of phenotypic function, which suggests that there are other downstream effectors in this pathway.

EPRS is target of mTORC1–S6K1

Previous studies by Dr. Thomas and Kozma have shown that S6K1 plays a key role in the expansion of adipose tissue that differentiates mesenchymal stem cells into adipocytes through transcriptional regulation.

This new study confirms that EPRS is the target of mTORC1–S6K1 and is associated with obesity and aging processes. Dr. Thomas explained:

"Corresponding author Paul Fox contacted us and suggested that S6K1 and EPRS may have a connection. Together we discovered that S6K1 phosphorylation requires EPRS to be released from the typical role of protein synthesis." 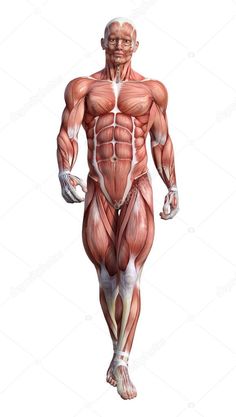 The phosphorylation of EPRS caused by mTORC1–S6K1 at Ser999 induces its release from the aminoacyl tRNA synthetase complex, which is an atypical function of EPRS outside of protein synthesis.

To investigate the physiological role of EPRS phosphorylation

Dr. Kozma added: This functional shift is key, because we also found that EPRS mediates fatty acid transporter 1 (FATP1) localization on the cell membrane and stimulates the absorption of long-chain fatty acids.

This confirms that S6K1 leads to obesity and aging Double action.

Low body weight, reduced mass of adipose tissue, and extended lifespan. These results reinforce the concept, S6K1 Can be used as a predictor of obesity or as a drug target to suppress obesity.